Welcome to my second #TuesdayTRIOS! To continue celebrating International Women’s day for this second feature I have asked three insightful questions to three leading ladies who are all exceptionally inspirational in their own right. They also come from three very different sectors such as travel, finance and digital marketing, to prove that – never mind where you work – you can be at the top of your game!


1. Which is the one thing you wish you had known when you were just starting out in business?
I wish someone had told me that patience and perseverance is the key to success at the beginning! Everything in business takes longer than you want it to and things always cost more than you plan for so it’s hard to get things done sometimes. It can be frustrating when you are trying to get a  business started but if you persevere and shop around to make sure you are getting the best deal, then it will pay off if you are patient.

2. Which female skill, trait or value have you found that can really add value to a business ?
I think as a female, I am very assertive. I feel that being an assertive woman in business earns respect and can help you get what you want!. I try to convey assertiveness by speaking with authority and purpose but I also feel that this enables people to have confidence in what you are doing and decisions that you make.

3. Which one thing has really made the difference to you 'success' in business?
Self-belief and ambition are probably the most important traits in succeeding in business. If you don't believe you can succeed, then you won't get very far. I have always believed from the age of 16 when I decided I wanted to start a business, that I could do it and decided then that I wanted to start a business and so for me this has got me to where I wanted to be. 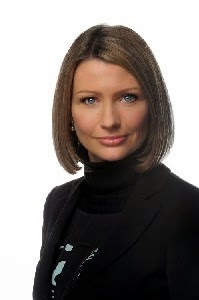 1. Which is the one thing you wish you had known when you were just starting out in business?
You have to delegate if you want to succeed – this is something that I consciously work on still now.  As your sphere of influence and responsibility increases you must learn to delegate for a number of reasons: to allow you to operate more efficiently and effectively across a greater depth or bandwidth, to allow you to take on new challenges or areas of expertise and, very importantly, to motivate those who work for you.

The key to delegating is to understand the people who work with you and to play to their strengths.   Take the time to work out what skills they come to you with and where you can develop them then provide your team with the right tasks to allow them to flourish.

2. Which female skill, trait or value have you found that can really add value to a business?
Empathy – as Stephen Covey said one should always seek first to understand and then be understood.  I’ve seen this trait expressed by both males and females over the years but in aggregate I see it to a greater extent in females.

I do find though that females with the highest levels of empathy also have the lowest levels of self-confidence as they are hyper-attuned to what other people think of them and read others beyond their actual intent and meaning.

I work closely with many females across my business to help them grow their confidence whilst embracing the natural empathy they have.   It does take time but EQ is a much more powerful indicator of success in a role than IQ and therefore it’s a trait that should be nurtured and turned into a highly effective tool.

3. Which one thing has really made the difference to you 'success' in business?
My drive – when others give up, I give more.   I’ve found that I have a real hunger and passion to do more and it stems from my desire to make a difference therefore when the going gets tough, I get going. 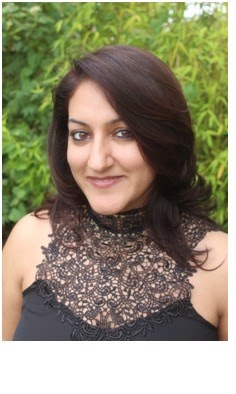 Arpana Valji is Founder and CEO of The Digital Marketing Consultancy, a global marketing agency that optimizes your business presence online.

1. Which is the one thing you wish you had known when you were just starting out in business?
I wish I had known that you don’t have to learn EVERYTHING when starting a business. Initially – you feel you have to learn it all but in reality – there are ways you can upskill easily or even get the right people in to do it, at a reasonable cost.

2. Which female skill, trait or value have you found that can really add value to a business?
The biggest skill I have found to add real value to a business is the ability for women to relate to others and build relationships. For the most part – females like meeting new people and making friends. It’s this ability to create relationships that I have leveraged to get out there and meet new people and generate opportunities that weren’t there before. It really is about who you know, not all about what you know!

3.Which one thing has really made the difference to your success in business?
My ambition and hunger to succeed. I rarely take no for an answer and will always do my best to find a solution to a problem. In this day and age of the amount of people you potentially have access to and technology – it’s a mix that allows almost any issue to be overcome. If you don’t know the answer – someone else will, you just have to be tenacious enough to go out there and get it.
Posted by Unknown at 11:14