I am launching this week a new feature - MyTuesdayTRIOS - a collection of three items I wish to present, discuss, comment upon...For the moment it will be a bi-monthly feature on the first and third Tuesday of the month. Every month I intend to change the topic, while keeping in line with the overall theme of Everydaymentor. Let's see how it goes - please send feedback whether you like it or otherwise!

This month the topic is WOMEN, to celebrate International Women's Day this coming Sunday, 8 March. So I am dedicating this first MyTuesdayTRIOS to three exceptional women who have had a profound impact on myself as I was growing up and starting out as a young woman in business. They are probably not a particularly original choice and you can find them cited in many other 'exceptional women' lists, but the point is that these three are especially meaningful to me for the reasons you will read and I believe they are still very relevant today. 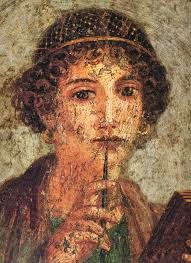 The Poet Sappho is my first choice. She lived and wrote in Greece, born sometimes between 630 and 612 BC on the island of Lesbos. At a times when women were thought of as second class citizen and were believed not to deserve education, she emerged as one of the top lyric poets. Much of her work has gone lost but her fame still survives and indeed she is studied and loved by many. Growing up I loved her poetry which I found of immense beauty. I also appreciated that just to be able to write she had to challenge most taboos of her time. I believe Sappho proved her self to be very strong yet remained understated. Her self-awareness comes through deeply in her poems. She talks and writes about love with capital L at a time when love was little more than a fashionable topic. What did Sappho teach me that is still relevant? The importance of knowing and understanding yourself. To explore your feelings and emotions. To seek depth and meaning in Love. 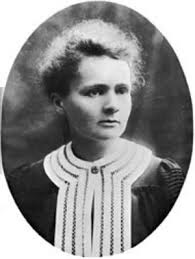 Marie Curie is my second choice. I read her biography when I was about ten or eleven and this woman left a profound impression on me. She lived in France but was of Polish origin, born 1867. A scientist, she worked on radioactivity theories and discovered polonium and uranium. She won two Nobel Prizes in Physics and Chemistry (the ONLY woman so far) but for a long time she worked in the shadow of her husband. She worked often unaided and without grant from research institutions, but also unaware of the danger she was exposing herself to by manipulating the above substances, which eventually led to her death in 1934. What did Marie Curie teach me that is still relevant? As a woman scientist, she was a 'quiet' leader, pioneer, a trailblazer. Marie's passionate and highly inquisitive mind investigated until she got to the bottom of things. She openly shared knowledge and never patented her findings to enable other scientists to continue her work. 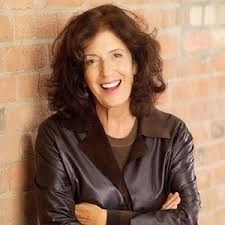 Dame Anita Roddick, founder of the Body Shop, is well known to many and is a more recent business figure. Anita was hugely entrepreneurial, started the business in order to keep her young family going and became a real supporter of fair trade, human rights, environmental and social sustainability. I read her biography and followed her highs and lows in business. I also heard her speaking at events.  Anita won many awards over her life and launched a number of campaigns that really helped to change public perception about businesses but also the female body. What did  Anita Roddick teach me that is still relevant? I know that Anita's work has sparked many controversies and that many people feel she was first and foremost an astute businesswoman. This is most certainly so or she would have not achieved what she did. However she did become a passionate campaigner and she did impact the business world by showing that you could have a business and make money and yet try to do that ethically and with integrity, remaining true to yourself. This is something that really stayed with me and ever since I have tried to pursue both things in harmony.

So which Women impacted you the most and why? I would love to hear, so please send your comments and stories!