Why Jennifer Lawrence's Millions Are Making All Women Better Off

If you have been going around your business with your eyes open this week you will have not missed this one woman battle for pay equality. Actress Jennifer Lawrence has been all-over the press for daring to challenge male film stars' earnings and openly denounce that she - for the simple reason of being female - is paid half of their salaries... a few millions less possibly, give or take a zero! 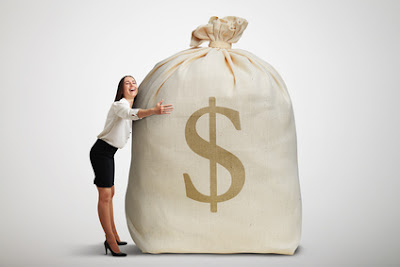 I have heard a few people saying they feel outraged at her and her open challenge as righteous b******t '...as she earns hundreds of thousands if not millions anyway' but I totally disagree with that and actually believe that we should all care about her battle because - if she wins it - all women will be richer.

The point is, whether you earn in the 10s, 100s or 1000s why should your job be less remunerated than the one of your male counterparts all things being equal? Yet, this is the situation we encounter in Hollywood, Wall Street, Silicon Valley, Canary Wharf or the City.

Up and down the professional or manual job pay scale you will encounter women with or without degrees, doctors, lawyers or waitresses in restaurants earning a lot less than their male equivalent. How much less depends on the sources you read, but quite commonly at least 20% to 30% less. Why is this happening? There is hardly a sensible response to this - ultimately it is because employers can.  But up and down the country (this country, the UK, as in many others) women are calling out for change and enlightened companies are starting to put in place pay audit to rectify the situation. Recently I was reading about the french (but globally spread) Hotel Group Accor doing this. So far these companies are only a handful and we need many more to follow.

Women, unfortunately can add to the issue by not fighting their own corner, not negotiating hard enough, not taking an assertive stance at the discussion table. Clearly we should NOT blame the women for this situation but I would love to see more of us (I most definitely put my self in this group) clearly articulating what we are worth, explaining possible employers our values and why we deserve whatever pay we deserve. Men would do that no problem, so why don't we? But of course it is hard to shake off centuries of social conventions, whereby we as women have been taught to be modest, not to argue, not to assert our rights (suffragettes can you hear me...?) so that we now believe doing a good job is the reward, consider yourself lucky to be paid a salary at the end of the month in the first place, let alone earning millions like glitzy Jennifer!

But Jennifer is really angry now and, paraphrasing her own words, tired to be looking for excuses and nice words as to why it is not OK to be paid less than male actors. This is healthy anger,in my opinion, because what Jennifer is doing is taking a stance for all of us who have not quite got the time, the confidence, the impact that she has being a young celebrity.

So I really do not care how much Jennifer earns and as a matter of fact I hope that it will be a lot as that would mean she is catching up with her male colleagues. What I really hope is that this brings even greater attention to a well recognized but little acted upon issue thousands of women encounter every day. Maybe on the back of this more young women will take a stance and negotiate harder, because they will have the confidence to do so having been inspired by Jennifer.