What Can We Learn About Gender From the Latest World Economic Forum in Davos?

The World Economic Forum has been taking place this week in Davos, Switzerland - I am sure you could not help but noticing. 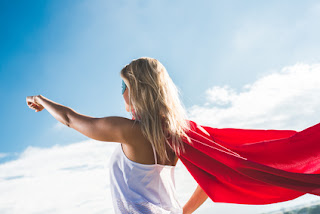 This great gathering of all the makers and shakers Worldwide, from politicians to actors from leading scientists to rock-stars, has among other global issues discussed the theme of gender-parity...yes, that increasing hot-potato! It is remarkable actually, how much talking has been done about it. Not only have people like actress Emma Watson fronting the UN Women's HEforSHE campaign been invited to discuss and engage with the rain-makers (actually, she is now clearly one of them!) but many are openly championing the cause.  Some of the powerful messages that have been put across include:

Yet, apparently it will be another 117 or even 118 years before we obtain gender parity if we progress at this rate. So the picture remains bleak and in all honesty, it is hardly a case for celebrations.

The very same audience at Davos was predominantly male, 18% being females (1% increase from 2015). Many of those were on stage and panels debate were constructed to ensure that females would be represented. And what a representation it was....  a collection of FIRSTS as a journalist said: Dalia Grybauskaite, Lithuanian first female President, Mary Barra, first female CEO of General Motors, Elvira Nabiullina, first female Governor of the Bank of Russia...together with other well known women such as Cheryl Sandberg of Facebook, Christine Lagarde of the International Monetary Fund, scientist Fabiola Giannotti Director General of CERN, Inga Beale the first female CEO of insurance company Lloyd's of London, Meg Whiteman CEO of Hewlett Packard and the list could go on. This really is an impressive list and I cannot help but balancing some of the skepticism expressed above when looking at what women have been able to achieve against all odd:

For what we can see, these women are a force to be reckoned with and on that stage, at that gathering they represented all of us women out there.

So let's make them proud. Let's ensure we also vocalise our dreams and pursue our passions and teach young girls that all girls can be on that stage one day, whether at Davos or elsewhere. And maybe, just maybe, we won't need to wait 117 years.