Why #Leadership Without #Emotions Is No Leadership At All

A couple of days ago I overheard this conversation on the underground. 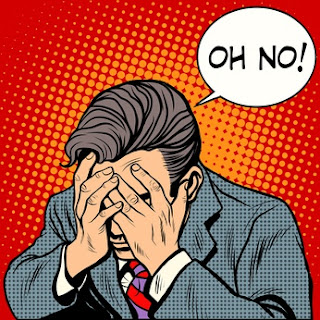 Two gentlemen spoke, let's call them A and B:

Well, I do not blame him either. Would you? I really felt for him and reckon that in his shoes I would be saying the same and probably acting the same. Who wouldn't?

The fact is as human beings we have a need to be understood, supported and encouraged and then the rest comes. Had the boss shown a little sympathy, demonstrated a bit of empathy and then asked how Mr A thought the job could be finished his absence notwithstanding, I am sure that Mr A would have felt not only supported, but would have chosen to resolve the situation as quickly as possible, finding a win-win solution.

Instead, he is now ready to leave the company!

Unfortunately this behaviour is more common that we might like to think. There are some obvious mistakes to learn from and several lessons in here for all of us:

#1 Beware your communication medium of choice

What is it with technology? My view is that we hardly engage when we chose to communicate through a medium such as a text or an email. At best we inform, at worst we impart orders or directions. Often we cause misunderstanding and fracture.

In such a delicate and emotionally raw circumstance, a leader would have picked up the phone and made that human connection, extended a light and reassuring touch. Instead, the boss sends a text and trumples heavy footed all over his employee. The result is a disgruntled, disengaged staff who will leave at the first opportunity.

The boss is so enwrapped in his world that sees no link between dealing with his staff well and getting things done. Who is going to complete the task if a disgruntled employee decides not to come back? Ultimately whatever needs doing in the workplace will be done by a person (with or without the help of a machine or a gadget). So unless that person is understood and emotionally supported through a difficult period nothing will be executed, clients will be very unhappy, profit will be lost. Yes, it is that simple!

#3 Empathy is NOT a weakness

Indeed, showing that you have emotions is not a sign of weakness at all. But many bosses still think that showing empathy, or appreciation, or understanding or kindness will tell people that they are weak and soft and not worthy or their positions. Yet nothing could be farther from the truth.  Research has shown us time and again that the best leaders are highly emotionally intelligent and that has never detracted from their ability to command respect and credibility.

What is that boss all about? Employees who hear the story recounted by A will be wondering what the boss is made of. His personal brand will be enormously affected as staff begins to see a side that perhaps had been kept undercover. And when the magic is broken, it will be very hard for that individual to rebuild his reputation based on human kindness, authenticity and loyalty.

Is this somebody you want to work with when a similar situation might one day happen to you? The answer is a resounding NO and the boss had better be aware of this.

#5 The cost of emotional negligence

I want to give that boss the benefit of doubt. Perhaps the text caught him unprepared, perhaps he was tired, or in the middle of something else. Let's say that this has been negligence rather than a pre-mediated response. Even so, what is the cost of its impact?

We have already mentioned the impact that his response is likely to have on his reputation. Next comes the cost of breeching trust and the consequence of losing an employee. Even if he does not leave now, it will be a matter of time as his engagement and loyalty to the company has been almost irreparably damaged. It is a very well documented fact that hiring and training a new employee is far more costly that keeping an old one. To this we must add that in the medium term other employees may be affected as the story burns good-will bridges.

So all in all some dire consequences on the back of an apparently minor incident, hiding a rather large emotional gap.

Have you experienced the consequences of poor emotional intelligence? Have you on the contrary been at the receiving end of a highly emotionally intelligent boss or colleague? Your comments are always very appreciated!