People Of The World Rejoice! A #Woman in the #WhiteHouse Is Nigh!

I would be mad not to celebrate what has ended up being an historical week for women's equality progress. Hillary Clinton is now de-facto the democratic candidate to the White House. I cannot help but pinching myself, I 've got to say it again: By next Christmas a W-O-M-A-N may well be President of the United States (after all of 44 men!) . You've got to see it to believe it and yes, I am seeing it! 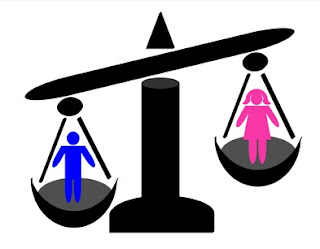 This is not a politically motivated blog so I am not entering the Democratic-Republican debate.  What I am saying though is that everyone, absolutely everyone should come together and celebrate that Mrs Clinton has now a serious chance to be elected President of The United States of America. The reasons why this is true are many.  But please let me remind you of a few stats just in case you were skeptical about the reasons to celebrate:

- In the United States 20% of  congress seats are held by women. In the UK latest stats suggest that out of 650 MPs 192 are females.

- In the United States 1 in 5 members of House and Senate are racially diverse and this is considered a huge improvement on the past (after all they have the first ever ethnic minority President...). In the UK apparently only 41 Member of Parliaments define themselves as coming from an ethnical minority background.

- In the US, for every 1$ earned by a man, a woman owns 0.79 cents. In Britain the male-female pay gap considering all employees remains steadily at 19.2%.

Whether Mrs Clinton's personality and style wins your vote or not, what must earn your vote is the relatively simple truth that Hillary stands for a lot of us, not just women, but an entire, diverse slice of society that has been considered everything from a minority to utterly irrelevant. She has waited patiently in line, working hard behind the spotlight for a very long time, to get where she is today. A woman who is also a grandmother, who is possibly less photogenic and less inclined to care about look or age over substance and who as a result is still quite subject to criticism for it.

Now I don't know about you but I suspect that  she might have the blessing of those hundreds of suffragettes, pioneers and 'first-woman-to...' that have come before her.  I also suspect that 2016 notwithstanding she has worked just as hard to be where she is today because, as we see from the stats above, gender equality is far from achieved and there is no place for complacency. But from where she is and going forward, she can now inspire generations of women, older women and younger women, white women and ethnical minorities women, to dream big dreams. What's more, she can possibly also inspire some of society's more diverse men to think that well, if she did it, they can do it too.

So I do not care if you agree with her political agenda; if you think her dress-sense is awful or if you believe she is too old to be in politics. Hillary Clinton is helping society and the human kind take a huge leap forward. Let's rejoice at that!


Alessandra is an experienced mentor, business coach, consultant and strategist. She supports individuals - especially women - and organisations in achieving their potential through customised, outcome driven interventions . You can find out more about Alessandra here and contact her by email here.