The Best Person for the #Job or the Best #Woman for the Job?

I have been discussing this topic with a senior male executive recently.

He said that, when it comes to hiring, his wish is that the job is eventually assigned to the best person for the job. This means that nobody should really pay any attention to gender, sexual inclination, race or religion, but simply to the mix of expertise, experience, mind-set and skills that make that individual the most suitable for the job.

I think this is absolutely ‘fair enough’ and can hardly be disputed. However, I would take it a step further by saying that the right person for the job cannot be found unless it sought among a variety of backgrounds, gender, communities etc. that mirror the diversity in our societies and also in our customers and audiences, supplier base and colleagues.

Thus, I would argue that unless the recruitment process provides access to a range of candidates that include women as well as men, and women and men of different races and backgrounds, the recruitment will not produce an outcome that is representative of what we see out there in the real world.

The male executive I was discussing with agreed that ‘it would be a very sad workplace indeed the one where only white, middle class men were appointed to senior roles and to the board’. But, unfortunately this kind of places still exists in my experience and in-fact one hears of too many executive recruitment processes in which diversity is not identified as a key criteria at the outset. 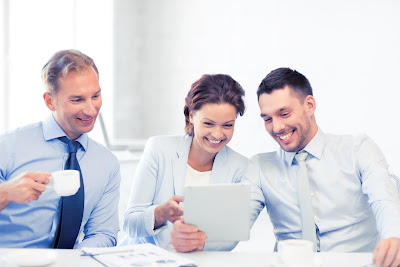 People say that ‘women candidates for senior roles’ are hard to find and that is probably true for a number of reasons that go from lack of self-confidence to lack of networking and everything else in between. But this only increases the need for women/diversity and for candidates who are sought not just from the obvious places but from more imaginative ones.

This approach is inevitably more challenging of the 'status quo' and probably means more hard work and out of the box thinking for those involved, but it has more chances to produce a long-list and a short-list of candidates that is really diverse and inclusive. Indeed it is quite possible that, with this approach, the right person for the job may ultimately be the right woman for the job.

That to me would be the right step in the right direction.

I would love to hear from you people out there, particularly those involved in executive recruitment, about your experiences of short lists and long lists and how much diversity is pushed from companies when it comes to senior candidates. Can we make the right person for the job the right woman for the job?