The Trouble With Empowerment 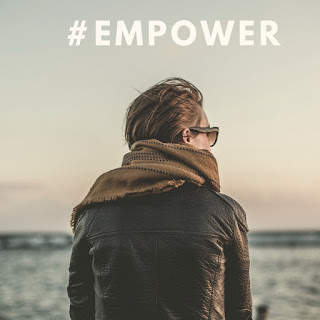 Online female magazine Broadsheet reported a couple of weeks ago that in her latest column for Fortune, Ellevest co-founder and CEO Sallie Krawcheck writes about why she's over so-called women's empowerment. "The term has always bothered me," she writes. "I thought it was because it was so widely used, or that I've been involved in too many toothless women's 'empowerment initiatives,'" writes Krawcheck. "But then I looked up the meaning: Empower (verb): to give power or authority to. That’s it. That’s the issue: to give power or authority. To give. So, to empower women, power must be given to them. Presumably by an entity that already has it.'  She then goes on to say that  instead of hanging our hopes on empowerment the conversation must be about "power—using and growing the power we women already have."

I want to share my thoughts on this, because I actually disagree with Sally. Personally I believe that the term 'empowerment' is absolutely correct, precisely because of its definition. Women need to be given power. But - and here is the 'hard nut to crack' - not by the 'patriarchy' as Sally puts it or by the establishments. I actually believe that women need to give themselves that permission, to hold that power and make s*** happen!

Unfortunately women often deny themselves that power, take away the permission to feel that they can and must pursue their dreams, their mission, their opportunities. As a coach and as somebody who works with women on a regular basis I see this happening again and again: even women who are already in position of power can be ridden with self-doubt and impostor syndrome and deny themselves the chance to grab that power with both hands.

To be empowered we first of all must think that we can and we must hold and use the power that's within us. We must give ourselves permission to aspire to powerful roles, positions and opportunities or simply aspire to identify and use power in whatever way we choose and see fit.

The fact that often other people think they can withdraw power from us is often a reflection of our own self esteem and self-belief. The 'patriarchy' picks up on the vibes in the room... If we don't believe in ourselves, if we don't believe we can why should anyone else?

Alessandra is an experienced mentor, business coach, consultant and strategist. She supports individuals - especially women - and organisations in achieving their potential through customised, outcome driven interventions . You can find out more about Alessandra here and contact her by email here.
Posted by Unknown at 07:33